8 Common Types of Malware in 2021 and How to Prevent Them.

byayoadetek 15 Nov inRepair & Service Comments Off on 8 Common Types of Malware in 2021 and How to Prevent Them. 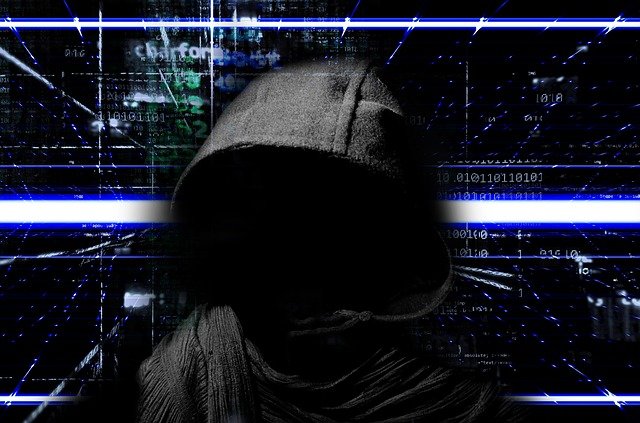 Malicious Software is popularly referred to as Malware and these are files or code that infects, examines, steals, or performs nearly any function an attacker desires. Malware is often supplied over a network, via email as a link or file, requiring the user to click on the link or open the file in order to run it. Because malware comes in so many different forms, there are a variety of ways to infect computers. Different types of Malware are often distributed in different formats.

What Makes your Computer Vulnerability to Malware?

The manner in which a computer vulnerability is exploited is determined by the characteristics of the vulnerability. These faults might arise as a result of unexpected interconnections between software programs, system components, or basic weaknesses in a single application.

Other factors can render computers more vulnerable to malware assaults, such as design flaws in the computer system (OS), all machines on a network running the same OS, allowing users too many permissions, or just using a specific operating system, like Microsoft. Malware doesn’t only affect large connections of computers but also your home computers and laptops which includes the likes of viruses, ransomware, and Trojans.

In this article, 8 common types of Malware are discussed which include what they are, how they enter your computers, the danger they pose, and how to prevent them.

Also called the Trojan horse. It can be seen as an automatic harbinger of other malware. It does this by camouflaging itself as a helpful and useful application or file which could be downloaded on your system but they only exist to secretly steal data and harm the system once downloaded. Once they infect the device, they could be silently downloading other malware like ransomware and Adware. The applications and files do come sometimes in form of file attachments through email or messaging apps sent from hackers, through file-sharing websites, Sharing illegal games, and clicking/downloading files on random websites operated by hackers.

How do you prevent this?

However, if you choose to go the manual way, you can get it done in the following 5 steps.

i. Identify and recognize the trojan virus’s precise file or files, which is normally done with the use of a malware scanner.

ii. Stop the system from restoring so that it does not reappear after the operation is completed.

iv. Check the Control panel for “add or remove the program,” which you can use to locate and remove the affected files or apps.

v. Remove any extensions and processes associated with the damaged file.

Ransom Malware, just like its sounds, is used by hackers to threaten until something is paid in return. This could be termed as “Data Kidnapping”. Ransomware is a type of malware that encrypts the files of its targets which will lead to complete access denied from the owner. After that, the hacker demands a ransom from the victim in order to regain access to your data and personal records. The way it enters your system is the same as how Trojan enters. Done directly by the hacker and sent in form of a file or application in which when it gets to your system, it gets taken over.

i. Separate all affected devices shared storage, and the network to prevent the infection from spreading.

iii. Inform the authorities so that they can assist and coordinate counter-attack actions.

iv. You have several options for dealing with the infection. Decide which strategy is best for you.

v. To repair your computer or outfit a new platform, use safe backups and program and software sources

vi. Evaluate how the infection originated and what you can do to prevent it from recurring.

To perfectly prevent ransomware from ever happening, check out the Exclusive 8 steps to prevent and Mitigate Ransomware.

A computer worm is simply a sort of malware that replicates itself and travels from one machine to another. A worm can replicate itself without the need for human intervention, and it doesn’t need to be attached to a software application to inflict harm.

Although some computer worms require user activity to spread, such as clicking on a link, others can spread quickly without it. All that is required is for the computer worm to become active on a system that has been infected.

Computer worms were disseminated before the widespread usage of networks through infected storage media, such as floppy diskettes, which, when mounted on a system, infected additional storage devices linked to the victim system.

Crypto worms, Email worms, Internet worms, and instant message worms are all classified according to how they are newly acquired or recent.

Get Rid of the Worms

i. Install an excellent antivirus program (This can be used to Scan, prevent, and get rid of the worm malware even after infected)

ii. Suspicious email attachments should never be downloaded or opened.

iv. Keep all of your software up to date, and back up your important files on a regular basis.

v. A firewall is used to monitor incoming and outgoing network traffic and to allow or disallow data packets based on a set of security criteria.

Adware, often known as Advertisement Spyware, is a type of malware that lurks on your computer and displays advertising to you. Some adware tracks your online activity in order to serve you personalized adverts like the annoying popups that always appear when we visit a website.

This might sound safe since we mostly come across it when we visit websites. Are they then considered dangerous? YES, they are! According to Kaspersky, adware that discreetly collects data is categorized as harmful because it resembles Trojan-spy. The adware that is malicious can hijack and mislead browsers, track behavior, offer intrusive advertising, and potentially infect your device with worms, Trojans, spyware, and other spam malware.

How do you prevent this?

i. Another option is to pay for premium, ad-free versions of popular services.

ii. Make use of a typical antivirus program (free or paid)

iii. Use a browser with an ad filter.

iv. Use anti-adware software to get rid of the adware.

Another severe type of hidden computer virus is a rootkit, which allows someone to take control of your machine. It is quite hazardous. It’s a form of stealthy software, usually destructive, that’s meant to keep the existence of specific processes or applications hidden from standard detection methods. It enables unrestricted access for the Hacker. As a result, it is installed in the same way as other Trojans or worms: as vulnerabilities that are disguised as something else and downloaded by other computer parasites.

You can prevent it just like all other malware because they penetrate your device in almost the same way.

i. Open suspicious emails with caution and do not open or download any attachments.

ii. Downloading cracked software or free game software should be avoided (quite a common source)

iii. Use anti-malware software that detects rootkits, such as Avast!

Mobile malware is vindictive software that is intended to attack mobile devices such as smartphones and tablets(Androids and iPhone) in order to obtain access to personal information.

Although this may not be of interest to most hackers, it is currently an increasing issue because many firms now enable employees to connect corporate networks using personal devices, possibly exposing the environment to unknown risks.

The most frequent way for hackers to spread malware is through apps and downloads. Using a mobile device with flaws in the operating system. Using insecure Wi-Fi or URLs. Cloning via text message/voicemail, as well as through questionable emails.

You might know already if you follow the article thread. The best way to get it removed is simply by using top Anti-malware software like Kaspersky, and Avast.

Many might think malware and virus are the same things but not entirely. Malware is the general name for all sketchy and Malicious software and the virus is a type of malware. However, it is gotten the same way others listed above are being downloaded on your system. Therefore, if you’re protecting your device from other types of Malware, you’re definitely providing a good shield against any type of Virus.

Contrary to most malware we’ve been talking about, this is a little bit different as it doesn’t need an undercover file or app before it enters your device. Instead, it executes malicious code in resident memory by exploiting apps that are routinely used for legal and authorized purposes.

They, unlike Others, do not work in the same way, it is based on recollection. Fileless infections go straight into memory without being stored in a file or installed directly on a device, and the dangerous content never touches the hard disk. To check for the potential of this type of attack, a User Behaviour Analytics tool can be used which are cybersecurity programs that examine user behavior on networks and other computer systems.

The Fileless Malware could be mitigated with the following ideas

i. Software upgrades, patches, vulnerability mitigation, and two-factor authorization are all examples of high-security measures on devices.

ii. The threat can be reduced by preventing unauthorized programs and code from running on servers and devices.

Keep your computer up to date and monitor your security checks especially if you handle crucial information and data, it could be really dangerous if get hacked. Like the popular say, Prevention is essential. In case you need an expert Technic to implement your cybersecurity measures and also for Data Recovery, you can check out TickTockTech Computer repair in the US and Canada.