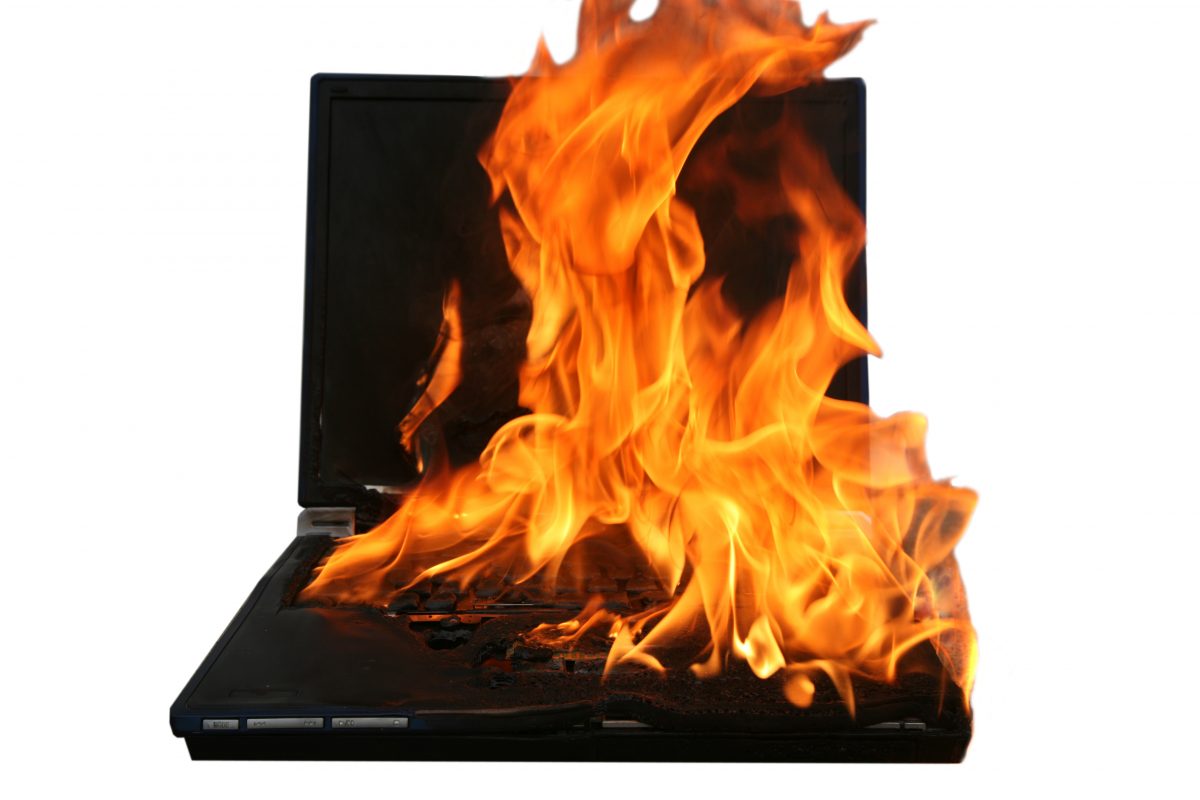 Can computers really catch fire? Aren’t there fail-safes that will keep this from happening? Well, a homeowner here in Ottawa recently answered those questions for himself. His computer apparently spontaneously began smoking and started a fire. Luckily Ottawa Fire Services responded and extinguished the blaze!

When Do Computers Catch Fire?

So when will a computer catch fire? Most components will generally fail before reaching a combustion temperature. This means that something else needs to be introduced into the equation. The most likely culprit is lint/dust. As your computer sucks air into the intake ports to cool the computer, dust and lint in the air or on the carpet or floor will come in with it. dust and lint will begin sticking to the interior components, especially if they have an electronic charge. As more dust accumulates, it begins insulating the components from the air cooling which increases the temperature of the components.

Most components won’t reach a temperature that will ignite the lint/dust. Ignition will most likely come from a spark or an electric arc due to a short or exposed power wire. This is usually the case if you have modified your own computer or caused damage to internal components in one way or another.

In rare cases lint may accumulate next to high temperature components such as the CPU. This might cause ignition under extreme circumstances. So, rather than letting it accumulate, clean it off. Used compressed air. We wrote an article about it here.

All in all, if you follow proper computer maintenance steps, you can avoid the chance of your computer catching fire.

One thought on “Can Computers Actually Catch Fire?”