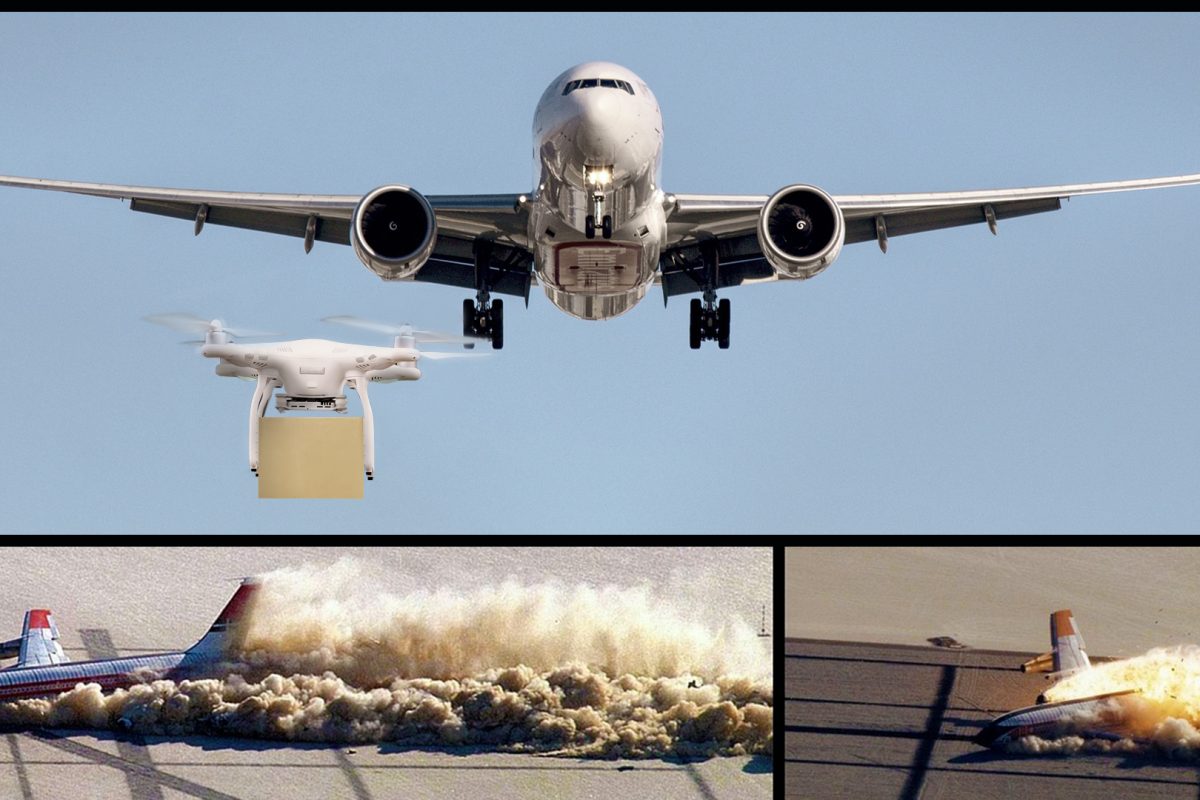 Edmonton International is making room for Drone Delivery by signing a 5-year agreement with Drone Delivery Canada (DDC).  It is expected to be the world’s first regularly scheduled drone delivery service from an airport with active airspace.  The excitement of the future, however, isn’t shared by everyone.  Comments on the news story include condemnation, concern, and fear of anything from loss of jobs to hacking the controlling computer repair of potential damage, and loss of life.

Concern is high with news stories like the 2017 story of a charter plane with passengers colliding with a hobby drone on its final approach to Jean Lesage International Airport.  With landing and takeoff being the most critical time during flight, this could’ve ended in disaster.  Or the US Army Blackhawk that collided with a Drone while patrolling a UN meeting earlier that year.  The Blackhawk was damaged but was able to land safely.  The Blackhawk is designed to take heavy damage and still operate.  A passenger helicopter would not have fared so well.

In 2018, a hobby drone film was uploaded to the internet.  The drone flew within a few meters of an airliner on approach to Las Vegas airport.  The event was investigated by the FAA.  This was apparently a situation with innocent intentions, but, came dangerously close to destroying hundreds of thousands of dollars in property or possibly even human lives.

Also, just a few weeks ago in September 2019 both VietJet & Tway Air had planes landing in Saigon with heavy damage caused by a possible UAV collision.  Again, this damage is far heavier than a bird.  The damage is potentially crippling to a manned aircraft.

Find out more about CyberSecurity in this article

On top of these real-life scenarios, there is also some imagination at work here.  Some of the comments seem to play off imaginary fears that have played out in some Hollywood movie such as this clip from Oblivion: https://www.youtube.com/watch?v=-QOahlrO8Yo.  Although this is imaginary, the actual damage a UAV or hobby drone can do to a passenger jet is real.  Researchers at the University of Dayton research institute conducted an experiment to determine what would happen.  In this video, the drone does heavy damage to the wing, lodging itself deep into the wing, potentially striking fuel takes, actuators, and other critical components. https://www.youtube.com/watch?v=QH0V7kp-xg0

Whether real, or imaginary, people are concerned with drones being allowed in active airspace.  So with the stories and possibilities of human life being in danger, why has Edmonton International signed a deal to allow these drone to fly around in active airspace?

The truth is, there is risk with all aircraft, manned or unmanned.  However, the risk is severely reduced when everyone is on the same page.  This is why each airport in the world controls their airspace with Air Traffic Control.  Drone Delivery Canada is working with Edmonton International Air Traffic Control on flight plans, flight approval, and incoming/outgoing flights.  They are actually entering active airspace legally and as safe as any other aircraft.

Shipping in active airspace is far different than the hobbies drones from the stories above.  Because these drones are professionally piloted and tracked by Air Traffic Control, successful flights are much more likely. In fact, DDC isn’t the only company working on unmanned shipping out of airports.  A much more familiar name is currently seeking approval.  United Postal Service (UPS)  has just received approval from the FAA to begin building a Drone Airline.

Now, don’t think that any drone is safe to just approach an airport or to attempt shipping operations.  They need to abide by flight rules governed by the Transport Canada Civil Aviation.  As long as everyone is following the rules and taking proper precautions, Edmonton will be safe AND will be on the cutting edge of technology.